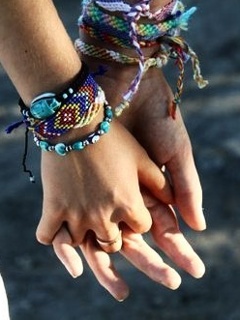 ﻿
Being an ice cream junkie, watching dweeby Christmas reruns of Notting Hill and Runaway Bride *they don’t even feature Christmas in it! #justsaying*; and reading a girl-in-twenties’ fair share of MnB’s, I can tell for sure her idea of romance was pretty skewed. Enough at least to blur the line relationships drew between faking serious, pretty serious and seriously serious. The ‘really’ kind. Assuming you’re catching on to my lingo. If at all!
Yes, so that being her, or ‘her type’ rather, it’s no wonder at all she found herself never too haggled for mood swings or confusion.
Falling out of love needed to be done right. You cry, you sulk, you sleep. You wake up with a bright smile and before you know it, he’s flushed down and out. The End.
Banking on its success rate and works-for-all-sizes nature, that was Plan-A. No, there was no Plan-B.
The phone buzzed on vibrate and she made an easy swerve to catch enlightening midnight girly gossip that never failed to disappoint.
Instead there was a short crisp message that flashed, ‘At your doorstep.’
It wasn’t entirely odd that she hadn’t forgotten the sender’s number or the about average face behind it. Alarming though was why an old flame sent her fluttering in a near frenzy to rush to the door, almost tumbling down the staircase and dangerously tearing to keep her composure and breathing balanced.
If a perfect date meant black halter dress girl meets black tuxedo guy who greets her with orchids, this was night-suit clad girl in bunny slippers and hair at the top of her head meets tee n tracks guy greetings et al with milkshake. Not elegant, not sober but taken O.k.!
He was not the kind of visitor she had been expecting this late in the night. Yet somewhere in the corner of her brain, probably the part where little most personal thoughts stay nestled to be grazed in moments of loneliness, this moment had been played on loop already.
Keeping him at the door fumbling for words hardly seemed like the right thing to do. With her house teeming with family that was lost to snores and sweet dreams, the only place left to go without calling any attention was the terrace, and go they did.
It was a dangerous place to be. No, not the terrace, the company I mean. The sad part was, almost in a time set to long ago it had been settled that there was nothing left to say between them; nothing of consequence at least. Things just weren’t going to work and holes that couldn’t be darned were best left un-tattered.
And so they simply talked into the night.
Pretended the milkshake made them tipsy. Talked of mundane things.
Of straws and bubbles. And threw guesses at names of aircrafts that flew over their heads, fought even. Of queer waiters from times gone by. Of dialogues from unheard gory movies. Of keys left in refrigerators. Of childish fears. Of teachers who beat them blue. Of dream tree houses. Of how sleepy ruffled hair looked better. Of why the night breeze made awkward people beautiful.
Of how all things good blend into each other and never have an end.
Never have an end.
Somewhere in between, the pretence became real and blurred everything over. Strained smiles inverted and laughter flowed. Uncertain eyes sparkled and danced. Remember I said the ‘really’ kind and you weren’t so sure you got me? Yes, that.
Maybe they didn’t need to have an end after all. Maybe every time they neared the end, they could make a new beginning. Like the two shredded halves of a crescent moon that eventually come together.......Cos that’s where they belong. Never too surprising, is it?
The long and short of it you think. Well there always must be a story to tell on another day.J
Posted by Sadiya Merchant at 5:33 PM

hmm very interesting read..and yes I could catch your lingo...but only just about!!

The "really kind" of blog post I was thinking about :) Interesting read!! Its like the "We were on a break" thing :D

oh my now how are dumb people like me get to understand :)


i liked the thought of talking all night long :)

I felt like parts in this were really random. Did you intend to make it that way? :o

@ ovais- haaa allow me to xplain!
its like dis- if u tol ur frn a story of a person wud u jus put a chronological order of how things happend?
more often dan nt u tend to add related inputs or ur own thoughts on d way. so random- no, digressing- umm yes :o
thnx! n i realy appreciate honest feedback :)

Its like the morning after the night or the beautiful sunshine after the rain.There aren't really endings.Just new beginnings:)

Thanks for dropping by and I read all your posts also.Loved them:)

You never fail to mesmerize, do you?

You start to weave the story like an ON OFF switch, I get disappointed, then get a glimmer of hope, and then just loop.

This is really how things happen..only you have portrayed it in a beautiful way...
A love story thats not too touchy yet feels so familiar :)

I don't find this post random. In fact, I pretty much understand the events..(at least I believe so..) :P

The innocent conversations and the little cute memorable events... :-)

There is always a story to tell!

Wow. Pensive...
I felt a deep message etched in this post. Yes, I did.

and go they did?! What word coining man!

This is why I love your writing sis!!!! It has always been a puzzle for me - the way you wrap up a biig story in such a short post and every reader interprets it in a uniquely different way. In a way I envy it too :P :P Lol! your blogposts are one place where i dont mind getting all sugary sweet with my comments - dil se :P

I am finding it hard to articulate why, coz my brain is still trying to absorb this, .... but rather nice..

Somewhat different from your usual style. The overall narration sounded quite mature.

Just in case you taunt me again by saying I didn't actually read the post, I LOVED THIS PART, K?

"Talked of mundane things.
Of straws and bubbles. And threw guesses at names of aircrafts that flew over their heads, fought even. Of queer waiters from times gone by. Of dialogues from unheard gory movies. Of keys left in refrigerators. Of childish fears. Of teachers who beat them blue."


And I feel for all your classmates. It must be very hard to live with a Grammar Nazi like you :P

hmmm.
Well well. Miss Merchant has penned somethng serious and by the looks of it.
Very different from what you write. But I loved this post. The way the story grows, the sentences, the expressions, you have set a new bar for yourself :)
Guess I should get back to writing myself :)

interesting not only the thought but the flow of idea too.... a read which seems so real ... so near yet a touch of that dreamy world where everything ends right comes into light... nicely written...!!!

You write quite Interesting. I loved reading your post.

Asalam,
I like your blog,
I had created one helpinghandforforeigners.blogspot.com, but the other thing is no one ever visited except me,My email address is mohammad_subedar@yahoo.com, Agar aap ke paas time hai toh reply karle na