Disclaimer- Set in AD 550 Syria, the following story is a work of fiction. All landmark events are real, and places mentioned therein have been restored as present day UNESCO World Heritage Sites. 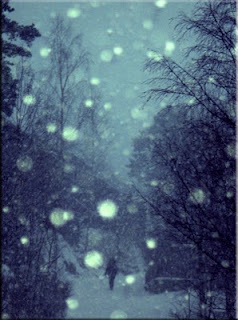 In the lustrous oasis of Palmyra that greeted every tired traveller to dispel forlorn thoughts of home and renewed their motives with a zest to adventure, to live, to conquer; there once thrived a race of people wiped from the face of history perhaps for the lack of what too many, too good could not say too much of in too little.
They behaved like the Romans. They behaved like nomads. No restraint. A city with no boundaries, to be picked as a frothy feather and carried at a moment’s notice. No fear, no lies, no longing.
A haze of dust clung on never to see a canvas of the sky studded with little neon twinkles. Yet some nights it was luminous. At the far end, so far you couldn’t trust how real, on the highest point of a peak stood shining as a North Star the Qala ibn Maan castle of the Emir Roudafshan. To say it was an ordinary structure as the far many others would do adequate justice, but for the connect it had to the city. A steep drawbridge from its iron gates knitted into the veins of the roads that led to the oasis and pent up a sense of regalia. A foreboding presence of an equal in figurative but hierarch in perception is what prevailed.
‘The Emir’, revered the people.
‘The Emir’s daughter’, thought Zaid.
Canthara. All that was ever known about her was a mere name. If a slight remark had ever been made about her being, the sheen may have come to pass. It was the lure of the unseen that enthralled a dwelling thought. The rhythmic familiarity her name brought in the minds of its people was acquaintance of a person known and yet a stranger whose face couldn’t be acknowledged.
How may one decide the worth of that?
It was an unusual calling. In a time where trade ruled supreme, alliances brought fortunes and a princess couldn’t settle for much shorter, what could reconcile for a fitting barter that royalty may be appeased by? The Emir adjudged to oversee who from his kingdom and afar, rose above the rest to please the princess with a tribute that marked her entire worth in a single sweeping gesture.
Days passed into months as people from far and wide poured in gold ashrafi’s and jewels, treaties for chunks of land and every which way the rich could sell himself to be a mere pauper. It was a prize veiled thus far in the decoy of losing to a less esteemed clincher. None succeeded as the lady at her throne observed, absorbed and rejected one, the other and then yet another.
Farthest from the castle in a little shack filled with moonlight at the hem of the city’s limit lived an unassuming commoner. Zaid.
Not for love.
Not for lust.
But a desire to know what eluded a winner from a keeper.
What would a pair of eyes hidden away from the menial grind raptly peer at?
What would a heart indifferent to monotonous ridicule soar at?
What could be the worth of an unfurled soul in tireless wait?
He didn’t know the answer.
He didn’t know how close he was to it.
He didn’t know it came knocking at his doorstep as a monk entering the city straits feebly tapped his humble abode for a glass of water, the price of which altered a few pages of history.
To be continued.......
(Click for Part 2 of 3)
Posted by Sadiya Merchant at 1:29 AM

intrinsic detailing add a character to the story !!!
loved the style of narration !!!

ahan..i didnt know chishmish can write so beautifully :P
i would have bookmarked you in the fiction category... anyways... kept me mesmerized till the end ... so reading your blog before sleeping was not a good idea as now i cannot keep it out from my mind that what would happen next?what would the monk say?what will be the fate of zaid?cannot wait for the next episode... you are an amazing writer :)

awwwww...chweet! The story starts so well, waiting for part 2:) Good that you combine history and fiction. Nice post, Sadiya.

Writing in normal English, for a change? :) My impression of a good short story is: 600-800 words + ending in one part. I forget the story by the time the next part is released! Lets see what's going to be the fate of this prince and princess in your hands.

when you putting part two .. I hate it when writers do that :) now i have to wait I am a very impatient person :)

Wow. You have this very amazing and enviable ability of writing things so beautifully. The way you write no, it's simply amazing :D Sacchi!
Post the 3rd installation soon. Me is waiting! :D
xx

so besides humour we now know that your forte is fiction too...
the imagery is amazing...i see a J K Rowlings in the making:-)

Another 'royal' story in the making! Ur narration was a bit different this time, as if u made a special effort to bring it out and yes, before u disdain...i must add that i kinda liked it:)

I wish i could be so articulate! :/ Its beautifully written. :) I'm still struggling to finish writing a short story I started.

hate it when i have to wait for another part,
won't comment until i read it till the end,
so plz jaldi se post the next part,
but,
as to show how much i loved it:
It was an INGENIOUS work,
they way u set it up, the way u created the whole story with the places which do not exist now, it was just perfect,
sssssss, i gave a comment, urghhhh i shouldn't have,
but that stupid monk, the interval generator baldy came in between, :P
post the next part soon,

gripping enough..I'm holding my horses for the next part...

@ ovais- really? *eyes flutterin*
hehe no unfortunately my vocab is too limited fr dat bt thnx so much :)

@ rolling stone- i gues i shud tk dis as a cue to airily blow at my nails or sumthin :o

wooww...lady ! each and every line is awesome. You should write a book, I say ! Waiting for the next part.

while I liked your style and narration I would have loved if the story line was more pronounced than the descriptions. Also,try and make it a bit simpler.but then its just me.
You do have a flair so keep walking...aahang