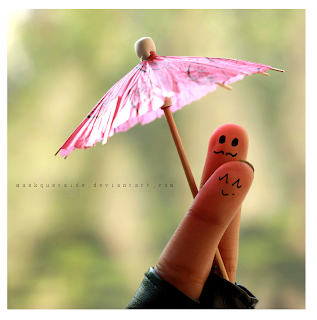 Rahul continued to stare outside his window as his hand moved in auto pilot mode to dial her number.
‘The Vodafone number you are trying to reach is currently unavailable. Please try again later’, said the firang voice for about the one hundredth time.
‘Damn you, Vodafone!’, he thought. The irritation made him want to wring every single ZooZoo’s throat except that- well, they don’t have a nose so it kind of means they must breathe from their pot shaped bellies or something.
Any thought however nonsensical, didn’t help him get rid of the question that lurked at the back of his mind for what seemed like an eternity now,
‘Would she come?’
If the possibility of rose petals pulled out could give a conclusive answer, he would have done that too but as you may know plastic tulips are the closest to nature that you can get in a reckless bachelor’s apartment.
It was in the hope of seeing her that he had come to pass the opportunity of an extravagant lunch buffet treat by one of his colleagues. Some choices plainly hurt to pick. Floating images of barbecued seafood, delectable desserts and dribbling friends entered his mind. Whether it was misery from hunger or their exaggerated expressions that soured more was difficult to tell.
The intestines in his stomach crunched, churned and cringed as he kept alternating his gaze from the cuckoo clock back to the window. 2 o clock had been agreed upon and here it was five minutes late already.
As his anxiety progressed, he made a mental resolve. Despite the baited wait, if she chose to overlook his request to grace her presence today, their relationship needed some serious reworking.
With each passing second the acrid flavour grew at her insolence.
What did she want?
What was it that lacked?
Why didn’t they share the same bond that he had seen so many others do?
Too many questions.
His subconscious stayed lost in thoughts, while his eye still fixed at the window caught a glimpse of her accentuated kohl lined eyes.  A sense of relief washed over him. All negative vibes disappeared as he waited for her to get to the door of his apartment.
He didn’t want to complain or crib. She was here and that was enough. For the both of them.
As she neared the door, a hint of fragrance from her gajraa lovingly adorned on a fierce bun floated all the way to him. On turning to face her, she waved her Max Mobile handset in his face and briskly trashed the doormat.
The light of his life had finally arrived.
Let’s hope you’ve guessed it right! :P
Posted by Sadiya Merchant at 5:13 PM 30 comments: 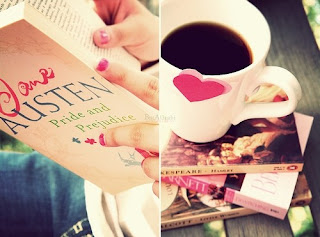 ﻿It was on a bright sunny morning into the final semester of their course that Zoya had first seen him. Intense shining eyes and small pearly white teeth. That would be the only two enticing features to set him apart. Not much, if you think about it.
But then sometimes what you withhold in a random clasp is so remarkable that nothing else ever matches up to that level of brilliance. It’s a wonder how every roving eye does not feel the exact same way about it.
As days passed by, a tiny crush progressed to take more earnestness. She found herself waiting in corridors for a couple of seconds longer or step up the conversation by a few decibels the instant she caught sight of him.
Alas! He never spared her a moment of eye contact. And even if he did, the glance was a detached one to scan the faces in a crowd that blissfully dissolved in the recognition of an elite few. The few, that she wasn’t a part of.
Course one can count on their friends to mess things up for them. The dreamy girl she had become, attracted solace and advice from kith and kin. Ranging from raunchy remarks of ‘Bindaas bol daal, yaar!’ to an inquisitive, ‘Ab kya karogi?’, questions posed seemed more diabolical than the problem itself.
It is situations like these where a state of static inertia doesn't exist. Either you are moving closer or falling apart. So yes, she tried.
The remnants of an eloquent speech from the dilemma stage to its execution, was a lot of stammering and utter disarray. Most part of the conversation with the man himself, bordered on ‘Yes’, ‘No’ and multiple ‘I don’t know’ 's.
What did ordinary people like her know about the barracks in Kashmir anyway?
Even a slender acquaintance on the subject couldn’t be feigned.
Classic, you think?
Ecstatic for a minute and depressed the next. That’s how diverse the spectrum of her mood swings became.
One such day as she sat in class chewing the end of her pencil and daydreaming of prince and romances, something hit her head to bring her out of this reverie.
A piece of chalk.
She looked up to see a stern Ms. Victor, eyes piercing into hers and yelling to explain the concept in reading.
But obviously, she didn’t know.
Truth be told, she didn’t even know the name of the subject, much less its content.
On another day, Ms. Victor may have let it slip. Not today. Not for the foul mood she was in.
Insult was her vengeance and Zoya was the object.
Looming personality, booming voice and a lot many taunts later, a very sorry, downbeat and sobbing girl stood outside the class rueing in the hot summer breeze.
‘Ms. Victor is awful’, she thought.
It could well be the worst day ever.
It wasn’t.
It couldn’t be.
A light tap on the shoulder, a small pat on the head, a cheerful pearly white smile, shiny compassionate eyes, ‘It’s alright!’ and a big bear hug.
That’s how much it took to switch crash landings with bobbling parachutes.
In its spur of the moment embrace, she shut her eyes to a fuzzy flip- flop fluttering.
It felt as if the Big Guy up there had the entire universe on hold for a day, to work on her case alone.
‘Ms. Victor is awful’, he thought.
In a light cuddle, he could vaguely smell the light fruity fragrance in her hair.
Four years.
That’s how long he had wondered what this moment would feel like.
That’s how long it took him to get to her.
He looked up to the summer sky that yielded a faint drizzle.
It felt as if the Big Guy up there had the entire universe on hold for a day, to work on his case alone.

If you have known me for a while then you may have started to wonder why there has been no halka phulka *Pilsbury aata type* post ki baarish in the recent past. Or maybe you didn’t wonder at all and I’m just giving myself fokat ka bhaav.

*sad eyes*
Anyway, so today I’m going to talk about this problem I’m facing. Yeah can you believe it? The girl solving problems actually has one of her own??? As pathetic as it may sound, I’m sure you will be able to help me with it. Ahaaa! Finally finallyyy your big chance to prove yourself has arrived. I hope you have already begun biting your nails *yikes :P*
Ok cut to the chase.....My super-sangeen, dil dehla dene wala problem.
No wait.
To appreciate it fully well, we first need to rewind by a few years to when I was a chotu sa, sweet sa, chinky-eyed two braid wali girl and there were all these hi-fi events happening in our school where they’d ask the then perceived intellectual questions like, ‘What do you want to be 10 years hence’ or ‘Who do you love the most’. Anything that boils down to World Peace is a clear winner. This is really why they taught us all about malleability and ductility in the first place- so we know how to mould our answers to attain desired outcome. Obviously we were not shaana enough to get it then.
Now when all this was happening and I was busy dissolving myself in the world of Lakhmir Singh and Manjit Kaur’s references, and Ned touching Nancy Drew’s hand was the most hawww thing, I got picked for a ‘Table topics’ contest ekdam achaanak se and this is what they asked me.
‘Sadiya, tell us about your role model.’
Course, Sadiya would willingly tell about her role model except that...
uhhhh....
ummm....
She didn’t have any! *hides face*
But I did give some loony hunkajunk like my mom is my role model and I want to be JUST like her *which by the way is utter nonsense cos she’s a teacher and if a kid starts yelling, my first instinct is to want to slap them*, but then kya karey- Majboori ka naam Gandhiji!
Since then I have made it my mission in life to find a role model for myself. And I was doing great.
*Yes, Omigod! We haven’t yet gotten to the problem.*
So about five years ago, I made up my mind on who I wanted to be like.
*drum rolls*
I wanted to be like Benazir Bhutto!!!!!!!
Although this may lead to a lot of controversy, I honestly did think she was a great speaker and her interviews just blew me away like Fardeen Khan’s performance in Prem Agan. *sarcasm tha ji. C’mon what was a person like me to know about country policies? I still don’t know about most of them anyway.*
Everything was ok. I was doing great. Anyone would try playing a dhoom dhadakka shot with the 'role model' flip of the bat and I’d give a breezy 'Ms. Bhutto' for an answer to manage a diving catch. Muhahaha!
Then.
L
She had to go and get herself killed.
You have NO idea how upset I was.
After screening all those famous people ka applications, this is what I get. Hello hello- Is there justice or what!
Anyway, being the karate pink belt girl that I am, I decided to start the whole taam jhaam from scratch and zero in on yet another booming personality. Cos we Merchant's don’t give up. No sir!
Andddd after much deliberation I made my BIG decision.
I wanted to be like Steve Jobs!
No really!
And I even read an entire biography about him.
Given that my knowledge database about Computers is- Monitor, Keyboard, CPU, Internet and Facebook, this wasn’t the easiest task but I just kept thinking about all the times I could show off my techie gyaan in front of my not so enlightened friends. *sunglasses*
Then.
Of all people in this whole wide universe, HE had to resign.
I mean he’s just 55. That's like- not even as old as a senior citizen!!! Ok fine I know the poor guy had cancer and stuff, but then how was I supposed to know that?? Couldn’t he at least inform me in advance???
Now Sadiya does not have a role model again. Buhooo!
Could you please help her find one?
I thought Omar Abdullah, but then almost immediately he started losing his hair too.
Tell no. Pray please?
*puppy eyes* 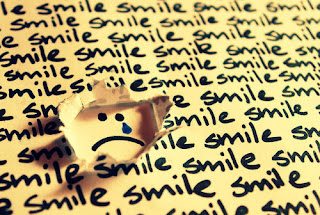