Once upon a time in a land far far away, *I mean so far away that you can’t locate it on a map* in the kingdom of Lala Land, there lived a princess, Laali.
Now unlike other princesses you may happen to know, she wasn’t the typical vain oh-so-pretty type. In fact, all her life she had been given a sound education by her father Bigshow, the King, and never found time for frolicking or silly airy romances.
And then one day, she met Teenoo, a carefree village boy who had an impressionable cool dude attitude. He had been brought up on his father’s farm and bore the typical traits of a tough dishevelled lad.
As their eyes locked each others on one fateful day in her palace garden, Laali felt a sudden pang of breezy fluttering in her heart. The kind that people often call love. Teenoo however walked past without a care for this ordinary bespectacled dame lest she fired him for stealing the garden fruits.
Laali returned to her palace hugely upset and with a crushed confidence, only to meet her aunts. No sooner had they asked her the cause of her concern, she burst into a stream of tears, ‘Nobody loves me, nobody cares for me’, she wailed and recounted the tale of her newly found love.
Her aunts exchanged knowing glances and were more than willing to shell out their piece of advice for her, given their elaborate experiences and the popularity their respective love stories had made far and wide.

Her aunt Cindre-wari, cleared her throat and in a dramatic way explained to her of how she had managed to rope her prince. ‘All men really.....like reallyyyy realllly care about is looks...good looks, good looks andddd good looks. A chic outfit, a twirl here and there, carelessly leave behind a possession like your glove or slipper and Voila! He will come running for you like a puppy.’

On listening to this, her aunt Snow-mati airily contributed her two pence. ‘Well I don’t know about your other aunts, but in my case your chaacha fell for my beautiful flawless chaar tone tak adhik gori skin. All you have to do is create a base of anti pimple cream, apply one coat of haldi, then another of Fair, Young and Lovely, one of FairForever and lastly give a few finishing touches with Garniered Age lift. Trust me on this babe, he will have eyes only for you. Even ghosts of four hundred years ago won’t stand a chance against your chaaiyya- free twacha!
And just for added precaution, get some seven to eight dwarfy’s hanging around you. After all we don’t want this Romeo to think he ain’t got no competition eh?’, she said and winked at a wide eyed Laali.

Rapunza-vanti nodded her head in disagreement. ‘Now, now ladies, let’s not get carried away here. What I think men really are smitten by is a woman’s hair. I just had to shake my mane and look what that did for me. One bottle of Javed Kabab’s Sunnysilk and half a bottle of soft, silky and extra black conditioner for dry, damaged and abnormal hair later, this Teenoo ji will be ready to shave his head for you.’

On listening to all these enlightening speeches from her wise aunts Laali decided to give herself a complete makeover. She was determined to get Teenoo to fall in love with her. 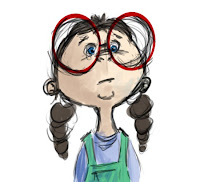 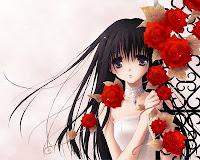 Gone were the big round spectacles and the behenji type attire was replaced by a gorgeous Chanel-a gown, nails French manicured, hair blow dried and smelling of the most exotic perfumes. She took her entourage of newly acquired chamchaa’s as suggested, into the same garden at the same time she had met her beloved Teenoo the other day.
And there he was again.
Mesmerised by her good looks he gaped at her.
With all her make-up, she fluttered her eye lashes coyly.
There definitely was a connection.

5 seconds and he was spellbound. He was intimidated by her beauty and perfection.
A minute later, he finally found his tongue.

As Laali held her breath, for the first time, he spoke to her, ‘Emm hi. Can I get your phone number?’


She was puzzled.
‘What? Aren’t you supposed to ask me if I will marry you so we can live happily ever after??? Or at least compliment my beauty and tell how you are willing to lay down your life for me?’
He stared at her and gulped.
He walked back two spaces and replied in a meek voice.
‘Lay down my life? For what? You don’t even look as good as Katreen Kaif! Sorry girl, but a fancy princess like you is just wayyy too high maintenance :o’
Moral of the story- Zamaana badal raha hai jaani! :P﻿

To read more on the Laali series, click here.
﻿
Posted by Sadiya Merchant at 5:34 PM

enjoyed reading :D
You have a very good sense of humour :)

The more things change the more they remains the same...Girl may be high maintenance but we all like little chase now dont we? and if its too easy, then there is definitely something wrong:)

haha...lol! what were u actually thinking before ur pen swirled to write this :O ;)
Indeed zamaana bahut zada hi badal gaya hai..nothing works except ur headphones..so plug them on and get going..after all who cares?!

Someone please help me here! .. I've fallen off my chair and am ROTFLMAO!!!

call an ambulance sadiya! because I'm gonna read this AGAIN!

Lol!! hilarous and amusing.. the blend of two different times, ideas and products as well was awesome..

You have got knack to write with such awesome sense of humour.
:)

@ sarah- wel i was thinkin of creating a fairytale spoof dat delves into how fickle their basic structure is.
*hehe no, im kiddin....found d irresistable urge to say sumthin smart....post is cos i had to save d blog frm dyin :o*
n i louuuve fairytales bt den i love music too....num numm cant decide. :)

@ the xeno- uff so unwell n den too commenting on blogs! :P
*me likes*

@ nivedita- i knooo! it jussss doesn make sense!!!! kaale hai to kya hua dilwaale hai is jus so passé! :(
n i muss tel u dis!! fr a south indian who lives in saudi among soooooooooooo many keralites, ur hindi is absolutelyyy fab! :)

Very nice story, should go down as a contemporary bed time story that every little girl should hear and grow up with. :P
:)

haha...super cute and so true for the modern times...have to agree with Blasphemous Aesthete above:-)

Haha, loved the twists in the names. Javed Kabab - ROFL!

haahaaahaaa great story yar. i just loved the names of the characters and the moral was awesome : )

HAHAHAHAHA THIS WAS TOO GOOD. i loved it!
♥

lolzz...dat is soo true ..we shudnt imitate wat other ppl. COMPEL us to...n oh yeah the DMD review is great too :-)))

Hey dear! I am a female MBA from Karachi, Pakistan.I write on relationships mostly as well as some funny stuff.
I hope u can be a follower if u like my blog? And don’t forget to comment please !! Click on this blog The Emotional Lava
Best of Luck for ur blogging.

This is splendorous..:P I was like ROFL when I reached @
"behenji type attire"

You are awesome so is your BLOG.:)

And Hey,I LOVED your blog's description..:P

@ tehreem- thnx a ton! saw ur blog too...bt its in urdu so din understnd anythin :o