When do we really grow up? 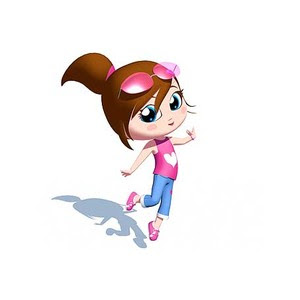 That’s a question I have never been able to answer.
Warning- This post is going to be a bit long.....so khud ko free rakhiyega!
When in school, we had this tradition of ex- students coming back to see us in their hols and they would tell us all interesting stuff about their college life. Now since they were our seniors, we did know a lot of what they used to be as students and how drastically their entire personality would change in a span of less than a year. This by far was the most enticing part of coming back.....Meeting all the old people and they look up at you in awe and say cool stuff like.... “Aww....Look how you are all grown up!!! Mwaah!! And you seem so much taller and mature and you have a new glow to you”...Blah blah...that’s how it would go.....for everyone!
So I imagined the same thing would happen for me as well. That’s just about the only reason I wanted to go back (sounds really cheapo I know).....but the truth it is, I wanted to know how much I had changed too! And so I went.
How did it go? Terrible! This is what everyone told me “Aww...you haven’t changed a bit!!! You look exactlyyyy the same”.... Bhrr Blow! And this hasn’t been the only instance.....Old friends I meet, or comments on FB photos...they all speak more or less the same version...... ‘You are the same!!’ (looks, personality, behavior...all included)...And this makes me cringe.....Why haven’t I changed and become all glowy skin like everybody else? If nothing else then why couldn’t I at least become more ‘mature looking’ like all the others?
All this has been on my mind for a long time but something happened that triggered this whole thought process to appear in ink all of a sudden.
Now despite what everyone said I always told myself...Oh Sadi, you were really silly before but now you are different. Totallyyy.....A little bolder, a lot taller...yaada yaada...
But I guess I was wrong.....and to my utter surprise I didn’t even realise it before this....
About four years ago, when I went to college for the first time in Mumbai, I was this gilahri (squirrel) type, quiet nerdy girl without a voice.....very different (in my own perception at least)....and had learnt to travel by public bus for the first time...Once it so happened that I didn’t have a 10 rupees ka chutta....the least denomination I had was a 500 rupee note (emergency ke liye)...and the bus conductor had to keep me from getting off so he could get me the change.....Ideally speaking, I didn’t know the roads so the best option would have been to tell him to ‘keep the change’ and celebrate an early Diwali.....But no. It didn’t strike me then.
So I waited until he got me the change and that didn’t happen until we reached the bus depot that was a good 4 stops after mine....In the mean time I was in such a state of panic that I didn’t even remember to keep track of the route that was taken beyond my stop.....so I had the change alright, but I lost my way and to make the picture complete, it was pouring typical Mumbai ki baarish.....and there I was.....in the middle of God knows what place, drenched wet, with all the shop ka chapdaa wala paani falling on me......and what did I do??? I cried!!!!!!!!!! YESSS. In the middle of the road...with the whole world staring! Quite the epic picture of vulnerability.
Now that I think of it, there were a billion things I could have done...I had a phone so could call up home or simply take a taxi....worst come just ask someone...but nope....akal par taale pade hue the....to this day when I think about it, I feel like I was the stoopidesttt person on the planet. Now you would think, I had learnt something from it and this episode would never repeat again! I thought so too. But so it wasn’t to be.
4 months back, when I had gone to visit my parents and went shopping with them, I couldn’t find my mom in the shopping centre and there I was.....waterworks all over again...thennn I thought...Haiii ye to too much ho gaya! Last last lastttt time ever! Never again will this happen ya!
Did it? Course! Just 2 days back. Lost my friend in the mall and the misty vision showed up again!
Moral of the story?- They all were right and I was wrong....I haven’t changed...much as I would like to, or have even convinced myself of.........I am still scared of getting lost, I am still intimidated by good looking people, I still let my friends dominate me although I hate it, I still want every single person to like me, I still  have a billion smart things to say to people that will put them in their place but I don’t......Always thinking.... ‘Chod na yaar...Why take pangaa....Bekaar fight ho jaayega’.
I don’t.....and I don’t even know if I ever will!
Will I evolve someday just like everybody else and shed all inhibitions?...Oh and not to forget the glowy skin part! (Cheese... is that girly or what!)
P.S 1- No I’m not running low on the whole self- confidence thingy.....I even sang a song in front of 400 people.
P.S 2- Apologies, but I am always the heroine in my story....it’s a cent percent true though :)
Posted by Sadiya Merchant at 12:56 AM

:) hey thats a nice simple & honest one..am a small towner & reminded me of my initial days in the big bad metros..like yr style too.

Thnx Maitreyee. Would love to hear ur story too if and when you write abt it! Lemme kno :)

Know your fear is the first step in any self confi blah blah. so now you have taken your first step i suppose.

Yeah i should think so. As a second step, I am going to get myself that Fairever orange peel thingy, to give me sone sa nikhaar :)

great. that is exactly the rightest thing to do next.

I really liked ur blog. Nice theme and simple. Just opposite to my blog. Lol

Thnx Riyas! I try and save all the clutter for my room :)
Saw ur blog too....Manyy manyyy gadgets!Interesting though.

Your blog is too outstanding and eye catching,you should try website to incraese visitor.

finally google took me to ur blog...a lovely post... and i must say i m loving reading ur posts..keep writing..:)