Give me some sunshine! 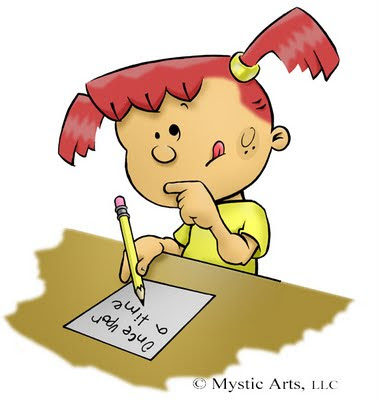 A new day, a new contest..... New story blaring my agreement for it? Nah not really!

There is a new Pringoo contest alright, titled “Irresponsible Indian Media? ”....Frankly I thought the topic was a tad boring so decided to ignore it....and I was doing a great job....but then the keeda in me read the other entries....All very well, but they seemed to well an emotion in me.....and I wanted to say it. Now what better place than here, and lagey haath I can participate too!


As I read the content of the contest announcement, what I also noticed was, although there was the question tag at the end of the topic posed, a large part of the object seemed like it wanted to feed us into criticizing the media itself....stuff like “Share with us instances or stories where you think Indian Media have misused their freedom “. It’s a random observation and I may be wrong...so don’t come barging at me for it. Yes I have now washed my hands with Dettol saabun and am completely surakshit from all kitaanu (pun intended).


The one thing I would like to ask is- What right do we have to criticize someone when we ourselves don’t have credentials backing our statements?


You know what the worst thing is? There are people out there who genuinely try to make an effort, show us what they believe in, and what do we do? Trash them!


Karan Johar’s My Name is Khan.....What did we do? Complained in the name of freedom of speech and talked yards about how lame and unrealistic it was....Whatever happened to his freedom of representation? If we paid to watch it, it was our own free will there; he didn’t quite force us you know!


Sania Mirza........Everyone hates her now...Why? Because she had the audaciousness to speak her mind...and then even went on to marry someone ‘we’ didn’t want for her. Aren’t we curbing her right to freedom of choice?


Chetan Bhagat....I have read hundreds of bloggers who trash his writing by calling the language ‘sub- standard’........Maybe it isn’t the best....but so what? At least he had it in him to come out and do something, right?


Why do we love Saina Nehwal? Because she never says anything about anything....the minute she does, we will hate her too.


That’s the whole thing.....Someone does anything that strikes fame and we are there in dharnaa’s...all out to pin point on their flaws.


And no I didn’t forget the point in contention- The Media.....Here’s the reality for all ‘critics’ who might have missed it....I am interested in knowing what Shahrukh Khan has to say, a lot more than L.K Advani’s lame Ayodhya matter (the real news that everyone is sooo cribbing about)........I choose to watch Total Recall (an old songs show on Times Now) over The Devil’s Advocate interviewing Ram Jethmalani on how his client is ‘innocent’ (Entertainment over real matter? Hayo Rabba, is that a cardinal sin or what!)


So there it is- I am the culprit who has made the TRP’s rise for pointless gossip and entertainment oriented subjects.....and it only helps that there are scores of people like me who in the hi-fi ‘intellectual types’ ka opinion, are corroding the quality of news channels. And if I am behaving like an ignorant person, then well at least I have the guts to be vocal about my preferences!


And here is the most basic common sense material that I’m going to state.....If there is something to be covered, the news waala’s ARE going to do it.....it’s their JOB.....and they NEED something to run for 24 hours!...No, they are not going to get a ‘sapna’ on when the viewer is going to tune in so it only makes sense, to keep running it over and over....The smart thing to do is, once you have seen it, you turn off the TV set. Now was that rocket science?


Last words- To have an opinion is one thing, but to put down someone else, when you can’t do any better, only tantamounts to removing frustration on people who either don’t care, or are just going to be let down.....The outcome being, a negative aura is created and you make yourself plain unhappy. The media is doing all it can....We have murderers being brought to the fore, we have all vital information delivered at our doorstep, politicians being held accountable and made to face the heat.....Let’s not forget that these media persons are a work in progress and are far more concerned about getting things done right, just so the majority would stop complaining about them being irresponsible. Be practical...What more can they possibly do? Is a little Mirch Masala in the process really going to give us an ulcer? :)


P.S.1- I watch only NDTV 24x7 and Times Now.....Hence all views expressed are based on my observation of them alone.
P.S.2- If any media person is reading this, I accept cash, cheque and DD. Thanx! Much louuve!
Posted by Sadiya Merchant at 11:19 PM

well no more apprehension now..u made it... :D

Congratulations on the Blogadda win!

well well...now as a tribute place a big "N" on d customised goodie ur gonna get...n yeah do send me d pic of dat goodie...

just in case u dint notice d pun in my previous comment (wo smiley?)... Wel seems pretty wasted nw :(. Abt d dissection of my name part, it is sad bt happy diya sounds alrite. So there! :)

well just to add ur general knowledge i did noticed dat pun...bt ignored dat..and about dissecting ur name...i guess it will help u smile..

congrats on the mug:)

like you I too appreciate, total recall. but there is a time and place for everything.

with respect comes responsibility. Integrity should not be compromised for the sake of popularity. News is not PAge 3.


Ayodhya might have been a silly issue. but the actions of the party were responsible directly or indirectly for the mumbai and gujarat riots. perhaps if u had stood in the streets then, you would appreciate the importance of what mr.advani has to say or not say.

i am sorry for being harsh. but there should be balance between fun and responsibility. i am not saying you should hear whatever boring stuff on news. but don't tell the media its ok to lose perspective.

on karan sania etc, its the media which flames these controversies for their trps.

@Wise guy (donkey i suppose would be rude)- See just like everyone else, i would have given u a 'thank u for ur comment' reply but den, if i don't reiterate den it won't go down so well wid my system.

So here- The differenc i think is in our perspectives....u r correct in ur own right, and i agree wid it too, but i also strongly feel that at times we focus more on being idealistic than practical. For a start, let's break it down...what's wrong wid the current media situation? Did anyone die directly due to their inaction? What is the damage caused? If there is any, then can we put it down in concrete terms? If you can, then the media would have alredy been sued for it...if not den you can do that now by filing a case in court....if it ain't concrete then what is the rona about? Most cases, its all media 'could hav done', 'should have done' etc... talking in the air for the sake of criticism.

That's one thing. Another is, i watch news onlyyyy to stay 'well informed' (call it shallow if you want)...I do sympathise wid ppl's loss in riots....but den again, it wasn't my fault and i doubt u wud b willing to keep them in ur house eider...so y pretend?....and Alhamdulillah i wasn't standing in those streets den....dats probably made all the difference....I have enough things to worry about in my own life to know better than outsourcing other one's.

Lastly, political parties, police and media are all different entities....MNIK contro was a result of Shivsena antics...the media reported it (not created it of their free will)....if the TRP's have risen, its not bcos of the media, its becos WE the audience are giving it so much bhaav. This is a commercial world and its pretty pointless to elude ourselves into believing everything ought to be just right or just perfect.

Hmm....So much! Could have written another post on it...And despite all this, i doubt ur stance would change in any way so let's just keep it as 2 ends of the spectrum...Peace!

Hmm.. You got this.. I am sure about the dream job contest. Write something about your friends and make it a hattrick :).. Mahabaleswar :) Enjoy maadi

@Namit- dunno. i jus HAD to say it!
@Prasanna- ur makin me nervous!

7000 Indians die Everyday from hunger
Every 5 minutes a woman dies due to childbirth and thats way worse than Sri Lanka so its not impossible to achieve if Sri Lanka not Sweden could achieve.
but the media prefers to make a bid deal out of noball and nothing about the people who die.

please don't address me as wiseguy when thats not the case. donkee would be just fine or wd

oh they don't sue because we have a legal system thats literally not working. it would take 300 years to just clear present cases.

i don't know if i said it earlier but i agree on the sania vs saina point.
i wish i could be more pleasant, sorry if i seem rude.

@secn comment- no i dont think ur rude, but critical yes....everytime i see wise donkey has commented, my forehead seems to catch a crease :)

ok,you don't have to do this. but think of it as a favour and i promise you (Whether you do it or not, i will not make your forehead crease) .

you don't have to read if you don't want to. but just see how much of the stuff written there has been covered by main stream media.

its a favour. and i appreciate you responding and if you choose to ignore it, i accept it.

and thanks for not making feel like i was stomping on some flower:)

and this is my last on this topic.