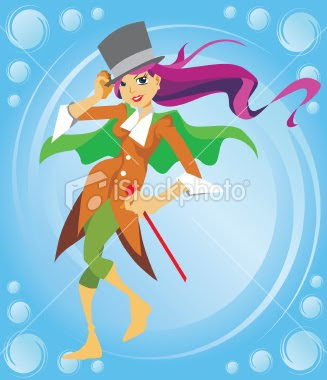 All the hi- fi people around me and especially the ad wala's who's primary aim is to define how much they care for me are asking questions like 'Apne future ke baare main socha hai?' Answer- Haii!! Nahi socha! Ab kya karoo?
So I had to tell myself ki tension not Sadiya.....but haa high time I decided to take life seriously and get myself a proper career. You see ye tax shax main I'm not interested so my strategic management text book tells me that I need to divest my current stream and do a total turnaround.....no that does not mean ki ghoom jaao.....it means to give a new direction. Fair enough right?
Isliye what I did is, identified the coolest career opportunities available in the market and through a feasability study, ( I drew various graphs also but thattt I am not enclosing here) made an analysis on the likely options suitable for my future POA. Presenting the 5 bestest careers that I think are top rated mere nazro main....
1- To be an explorer- Yep just like Christopher Columbus. He has always been my hero. You know why? Because he had the power to challenge logic. Just because he thought the place he landed was India, he named it India and those poor folks are still called West Indians.....firm mind, dridh vishwaas....waah waah such good qualities!! Plus, he also has an entire country named after him. And then there is the song too.....Columbus Columbus chutti hai aayiiii (What does it mean??? Chutti aayi to Columbus kya kar sakta hai?).....But whatever.... Is that awesome or what! And to think a country would be named after meeee. Wowwiee! Already thinking what I might call it. Haan ji decided.....I am going to be an explorer.
Problem- With each great idea, there come greater problems. I don't have a ship andd i don't know how to sail one either, so can't even take it on bhaada....and I think I get sea sick too. Oh well! next try karte hai.
2- To be the Governor of Reserve Bank of India- Am I interested in inflationary issues? Nope. Am I interested in fiscal policies? Nope. Hedging? Statutory Liquidity Rates? Foreign Exchange? Anything??? Nope nope. What I actually am interested in, is that this dude gets to sign all the currency notes in the country......Mast hai na? In fact I don't even know how he finds time from out of signing to do all these silly policy thingies. If I were made the Governor I would just delegate all my work and do the real thing.....plus, get paid for signing my autographs. What a feel good job!
Problem- The only chance that I will ever get hired for this job is if I win the Nobel Prize for Economics. Hmm its not impossible for the Sadiya but then Nah! Itna time nahi hai mere paas.
3- To be a Mother- in- Law- Have you checked out these soap opera's on TV? I mean ...Wow!! All the lady every does is order around......I can totally do that. In fact maine soch liya hai.....I will put my feet on the table and scream.....Bahuuuu paani leke aao....Hee such cheap thrills! And poor bahu wearing the ghoonghat will run jaldi jaldi se and do whatever i say. Wo bhi free main! Muhahaha!
Problem- I'm only 21 years old! :(
4- To be an RJ- Now that, I am sure is easy. All they need to do is taak and taak and taak and listen to nice songs and in return they even get paid for it! Ladies and Gentlemennnn the 'new and improved' uber cool is here!
Problem- Nobody can understand the stuff I say when I talk fast......English, Hindi, Tamil, Hebrew....Kuch bhi!
Example in 10th grade-:
Sadiya says something
Friend-Hahahaha! Lol!....... Uhh What exactly did you say? Sorry I didn't understand it but laughed so you wouldn't feel bad.
Sadiya- :(((( (sweet friends anyway)...But that apparently won't get me a job!
5- To be a teacher- Yes kids I louuve..........to pull their ears. I used to do it all the time when I was chotu but then those dumb kids would complain to my mumma....Well as a teacher I can do that ekdam haq se. Yayy! Now we are talking!
Problem- English main I don't know anything about Clauses and Conjunctions (wo kya hai?)....Maths main I don't know Integration.....Arabic to fullto copied in class.....Accounts no Balance Sheet ever tallied first shot main.....S.U.P.W to mom ne kiya tha! So no go here also.
Ah well I am tempted to quote what I once heard- "Choosing a career is like picking a husband out of 10 prospective guys...you get to keep the best, but there always is the pain of losing the other nine!"
Hence, in light of saving me the heartache I guess I will stick with tax, and office hours main keep writing my misadventures as solace :)
Posted by Sadiya Merchant at 12:12 AM

Nice one Sadiya!! I have gone through this before. Edit it with and put that links of Pringoo and Blog adda. All the best for the contest

All the best for the contest!

had a great time reading the whole article.... :D

@annasarp (24 karat tamilian no? Anna matlab brother, sarp...shoe?)- thnx man. Wil get d pringoo thingy n a few comma's in place as soon as i get my hands on maaro system :)

@Sahil- Shukran habibi! I sooo hope u were the judge for this contest :)

@Namit- Ur back! Vanakkam vanakkam! N yep thnx fr saying dat- glad u like it :)

@Sadiya.. Arggghhh.. That is my name written in reverse. True about that tamilian part though.. May venu sir avenge you for this :)

@Annasarp- My tamil is sooo pathetic that anything i say is almost alwayyys wrong....dis one time i thought it mosttt certainly wud b incorrect n look....earned myself a solid shaap also :(... Am on leave for a week so once i get back n boss says na ki sadiya v don need u, den u are solely to be blamed for it!

OMG... that's so very well written, and witty too... I am really liked it a lot... And more importantly... a very different train of thought!

@Ashish- Thnx! Wil catch urs n let u in on the feedback as wel :)

hey really nice thoughts. this is my first visit
to ur blog. nd love this blog...

na na...i just thot u mite be willing to do that out of generosity u c..!!

@Namit- Emm no. And y arent u writing?

Sadiya: No such thing will happen. And I will not take the blame :)BTW are you in chennai??

@Namit- Ye hui na baat! Like i sed, i absolutely loved it! And u bettr nt win d contest leavin me out cos den mujhe sach main bohot bura lagega! :)

Even if u get a chance, I wont let u. Humne koi choodiya nahi pehen rakhi!

Great writeup.. I loved all your dream jobs..

I wish you a Good luck for the contest, My Dream Job..

Do stop by Saravana Kumar M - My Dream Job