The remote control is definitely the most coveted and fought over commodity in our houses today because it holds the key to doing fokat main timpeass.
If it wasn’t for TV, how would we ever know that the world is full of scheming saasumaas and adarneeya God fearing bahus always willing to give their agnee pareeksha?? …..and the moral always being…..sachaai ki jeet hoti hai betaaa. Bringing to you the top mosttttt pakao soap operas that I have witnessed in recent times

First up, Balika Vadhu- if your Hindi is not so shudh then I could translate it for you- Balika I think would mean a girl and Vadhu would mean bride. Clear hai? I hope so cos after the title what follows is impossible to understand, let alone translate. But fear not my faithful audience! I bring to u every tit bit inkling of what made the teeniest sense to me.

Here’s the plot- A Rajasthani household (I think), where hamari pyari Anandi (matlab the heroine) gets married at the kacchi umar of about 12 yrs (again I think) and her saasra (matlab sasural) has the dreaded daadisa (matlab her pati parmeshwar ki daadi) who is an egoistic menacing lady, ordering everyone around……..anything she sez is patthar ki lakeer and needs to be obeyed without a whimper. And if her atyaachaar and the baal vivaah ka issue itself is not enough to sahofy, then there is still some more depressing stuff addressed here like some sugna jeeji ka gauna (shaadi)….and consequent re- gauna and what not……..even the background music is sooooo killer ki you almost feel like punching the screen…….the most amusing thing however is that this serial is reported to have the highest TRP for sometime…..that was before hamari bechari Rakhi ka Swayawar came around (more about miss sawant later).
My Take- I can’t stand the show and if you have seen it and think otherwise, then I really think your maasa and baapusa need to get you some mental help!
Pathetic Rating- 10/10- Ghani khamba (they keep saying it at the end of every meeting…God knows what it means)
2- Kyuki Saas Bhi Kabhi Bahu Thi- This show I think is responsible for starting the trend of what we now call mind- corroding K serials.
The plot- Considering that it went on for over 3 to 4 generations of the Veerani khaandaan, I don’t even know where or how to start. A family drama that makes no sense whatsoever……people die of a car crash (their body is never found….but their wallet always is…without any money off course)…….disappear for a good 2 months (that’s when they miraculously appear in other serials and when those don’t work), they then come back, claiming to have lost their yaaddash! Oh and the sar pe patti is absolutely mandatory.
And how can we forget Tulsi aunty…….the abhinetri who has redefined Indian soaps in so many ways……she is the perfect maa, behen, bahu, beti, daadi, par daadi, par daadi ki daadi, devi, whatever, whatever (if I have missed any other significant relation then please menu maaf kari)…….and then there’s Baa (who is just about 300 to 400 yrs old)…..and with every progressing generation, her baalo ka wig gets more n more whiter and brighter…….yayyyy Rin…safedi ki chamkaan….maybe Rin was one of the praayogak of this serial
My Take- Shooooo Shweet!
Pathetic Rating- Aasmaan se saare tare tod loo tab bhi kam padenge. But to humor you- 20/10


3- Maata ki Chowki- The name might suggest to you that it’s a dhaarmik serial, which is what I thought but apparently that’s not correct…and although I’ve never seen it…I can tell cos of the trailers saying….agley episode main dekhiye…..blah blahh.
The plot I assume – Vaishnavi….the heroine whose voice I can only term as ‘awful’ prays to devi maa all the time….and then in times of sankat……sometimes devi maa appears and gives aashirvaad and still better… at other times Vaishnavi herself becomes devi maa…..ok what is this yaar……nooo sense at all….who watches this stuff and why in the world do they even bother making it?
My Take- Wowwiee kya concept, kya imagination hai! Bhoolkar bhi mat dekhna!
Pathetic Rating- 9/10


4- Dill Mill Gayye- No, I haven’t made any spelling mistakes…the title itself is spelt like that….the numerologist must have said its shubh for them, but Alas! The tantar mantar’s have failed to rescue their doobti nayya….the leading lady itself has been replaced 3 times in the span of a little over a year….this comes as the hindi version of Scrubs plus ER plus Grey’s Anatomy all smashed into one….and well its pitiable to say the least…moves at a snail’s pace…the same dialogues over and over again……..the girl cries and d guy manao’s her…….repeat, repeat, repeat…..that’s about all the story it has.
My Take- Ghanta hai Boss!
Pathetic Rating- 9/10

5- Kahi to Hoga- Ok kahi to hoga but kidhar hoga and kab milega bhaai? Hmm some questions have no answers. Notice, this is the second K serial on the list. Congrats to Miss Ekta! Ye sammaan pane ke liye she must have done soooo much mehnat….deserves all the credit!
The Plot- kyuki saas ka stuff…..just copy and paste
But this time no tulsi aunty…instead there is miss kashish……aka makeup ki dukaan plus tears ki factory…..
My Take- Rehne do
Pathetic Rating- 9/10 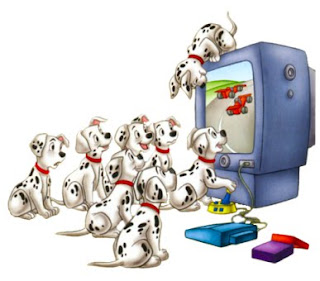 Have heard of almost all of them and some of them have been responsible for my coming home late at night and leaving as soon as any friend was available..

GOD- Its episodes went on like Crazy. I never watched it but my mum did and We knew what's gonna happen next ...Something bad. LOL :P

I hate these serials. :P